How Well Does Artificial Intelligence Create RAW from JPEG? 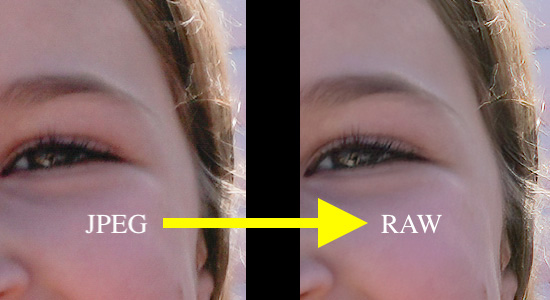 Topaz just released an intriguing new product called JPEG to RAW A.I. As the name implies it’s designed to convert JPEG files to raw (DNG) files. RAW files contain a lot more information than their JPEG counterparts, allowing them much more versatility. They have an expanded tonal range so there is more shadow and highlight detail and they have a wider color gamut allowing smoother transitions of colors and broader capabilities to change them during processing. Raw files also retain more sharpness and detail. Until now if you only had a JPEG you were stuck with limited tonal range, color and sharpness.

Topaz allows you to try it for 30 days. If you find it useful and decide to buy it you can save 15% using the code JWOLFSON at checkout.

I can’t explain it but it seems to work, at least on the images I’ve tried so far. Somehow the artificial intelligence looks at what’s there and expands upon it. I’ve only tried a handful of images thus far but the resulting DNG image from a given JPEG has more acutance (sharpness) and more detail in the highlights and shadows. Also color transitions are smoother, especially with big adjustments to color such as luminance or saturation. I did this review with a pre-release version but I’m still fairly impressed. You can’t beat an orignial raw capture but this gives you some of the benefits of RAW when starting with only a JPEG. 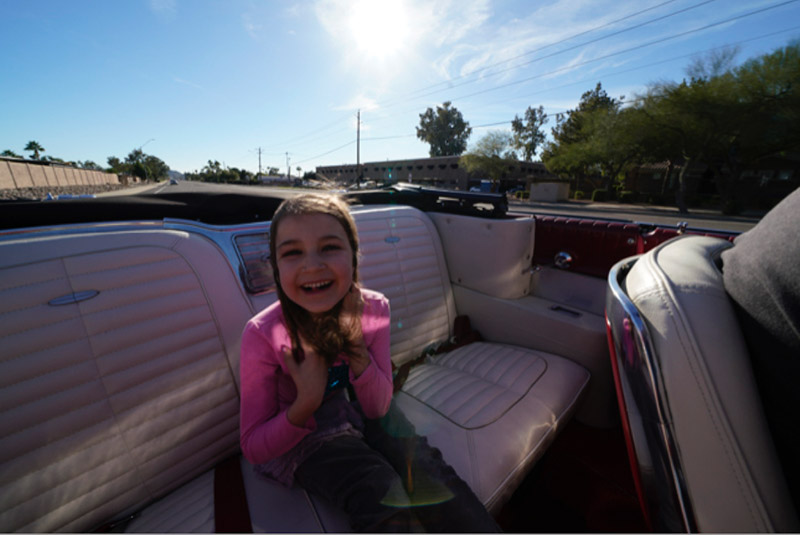 I wanted to give this software a challenge so I started with image you see above. I made sure I used an image that is properly focused and sharp but the lighting is, well, awful. I was shooting straight into the sun with no exposure compensation so my main subject is in deep shadow with the white upholstery a deep gray. After creating the RAW/DNG from the JPEG I gave both versions an equivalent exposure adjustment so that measured skin tone values on her face match between the JPEG and RAW images. I made no other adjustment besides lightening exposure.

Using JPEG to RAW A.I. is very straightforward (see screenshots below.) You simply drag and drop images to it or use the open command through the icon or pulldown menu. Because you can do batch processing it loads your images in rows. You can see a preview at 100 percent by clicking on the preview button on the lower left and a collapsible panel expands up from the bottom. Your processing options are just “Normal” and “High” noise and blur reduction. You can choose your destination folder along with adding prefixes and/or suffixes to the output filename. Format options include DNG and TIF/TIFF. For those unfamiliar with DNG it is the “universal” raw format akin, to say, a PDF for word processing documents. Most photo software handles DNG but if you prefer you can always use TIFF.

The processing time varies with the original JPEG but as an example it took 2 minutes 50 seconds to process a 15 MP image on my 2017 iMac. It makes intensive use of your computer’s GPU (Graphics Processing Unit) Although you can run it in the background you may notice jerkiness and delays. If you’re going to run several photos with the batch capabilities it’s probably best to let it run while you’re on a break from using your computer.

This is a compelling innovation from Topaz Labs. I’ve dreamed of a lot of products since I started as a full time photographer 30 years ago but must admit it never occurred to me that a company would figure out a way to make a RAW file from a JPEG. Even though I shoot most of my work in RAW, I have a lot of images that are JPEGs for various reasons. Based on what I’ve seen with this product so far, I’m anxious to try this with more of those JPEGs.

Considering its capabilities and assuming you have a use for it, I think JPEG to RAW A.I. is reasonably priced at a hundred bucks (coupon code JWOLFSON will get you 15% off.) It seems to increase tonal range and color gamut. And it does a good job with detail. I compared it to simply changing the same JPEG to 16 bit and ProPhoto color space but you still don’t get the same smoothness of gradation when making big saturation or contrast changes. You also get a better level of detail using JPEG to RAW A.I.  No, it’s not as good as an original raw capture but it does improve the image a lot. I look forward trying it on more images but so far it’s pretty impressive.

is an internationally published photographer who loves teaching as much as shooting. He shares his 30 years of experience as a working pro with other photographers and enthusiasts by way of his workshops, 1 on 1 training, webinars, articles, blog and speaking engagements. His technical articles have been translated for use in more than 30 countries yet he is best known for his artistic images of nature’s fleeting moments and unexpected views of everyday places around the globe. He is one of the pioneers of digital photography having conducted digital photography seminars for Apple and other corporations starting in the early 90s.  His roster of notable clients includes numerous publications and fortune 500 companies. He currently works with great affiliates like Arizona Highways, Topaz Labs, ON1, and Skylum to have more avenues for working with those wanting to pursue their love of photography. His goal is to make learning and improving one’s photography easy, fun and rewarding.

Disclosure about product links and affiliations: Some of the links I provide are affiliate links which means I get a small commission, with no additional cost to you, if you click it and end up buying something. It helps keep the lights on as well as supporting this blog and my other free educational resources and articles. So if you use them, thanks! It is always my goal to report my results in a straighforward manner whether or not it favors a particular product.

« The Bastard Art
Review of ON1 Quick Mask A.I. in Photo Raw »